The future of the smartphone

As we all know it is not easy to predict the future. It is so difficult so it sometimes becomes almost depressing. In this short article with the lead designers Matias Duarte (Google) and Gentry Underwood (Dropbox) are supposed to speculate about the future of the smartphone. They do that by mostly examining the problems with where we are now. It is difficult to see any grand visions or even optimism in their speculations.  They both see the future of the smartphone in its ability to live in an ecology of devices and not as a radical change of the smartphone itself.

It is interesting to see how these two influential designers are discussing the problem of modern smartphones very much in a way that resonates with Albert Borgmann's theory about the "device paradigm". The designers are, in the same way as Borgmann, concerned that the everywhere presence of screens distance us from the "real" reality and Underwood ends by saying "I hope as we push these screens forward, we do it with an attention to what makes life meaningful." This relates to the notion of focal practices by Borgmann.

The short article is a fascinating read. Is this the forefront of the field? Is this the visionary thinking? I find the article to be inspiring in the sense that it is refreshing to see Borgmann's philosophy being present in this type of context, at the same time I find it a bit sad that there are no bold ideas how to deal with the problems that they recognize. The solutions seem to be more of the same unfortunately.

[This challenge of device ecologies is something that I have worked on in different ways and is published:

Janlert, L-E., & Stolterman, E. (forthcoming). Faceless Interaction - a conceptual examination of the notion of interface: past, present and future. In Human-Computer Interaction.

Amazon is presenting a new device called Echo. It is a voice controlled device that makes it possible to play music, ask questions (Siri style), create shopping lists, set alarms, etc. It is supposed to have a 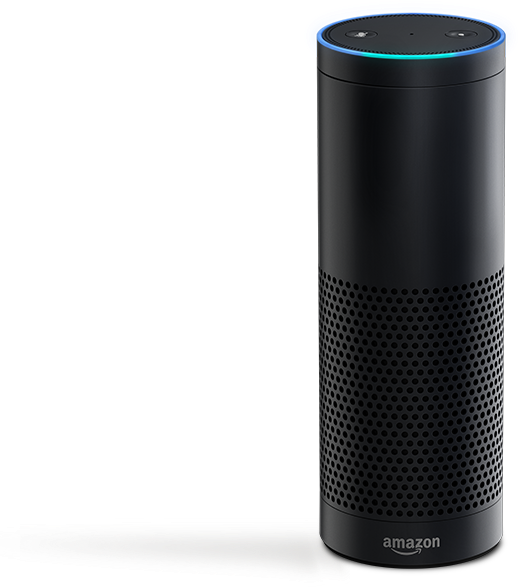 sophisticated microphone system that can recognize commands even when playing music. You can place it anywhere in a room and control it with your voice. You can check out the video link found on this page.

I find this really interesting. It is a step towards what Lars-Erik Janlert and I call "faceless interaction" in our article "Faceless Interaction - a conceptual examination of the notion of interface: past, present and future".