Book note: "Simplicity -- a matter of of design" by Per Mollerup

One of the most discussed qualities of design is 'simplicity'. Almost every designer has simplicity as an ambition and first principle with all their design work. To make designs simple seems to be a goal in itself. But what is simplicity? We have over the years seen a lot of articles and books examine the concept from different perspectives. Quite recently Per Mollerup published a new book "Simplicity -- a matter of design".  I have found this book to be one of the best so far on this topic. Mollerup's investigation into simplicity is not a 'simple' preaching of the necessity of simplicity, he approaches the concept with more care and curiosity than most, and deals with its richness in a way that so far has been unusual. 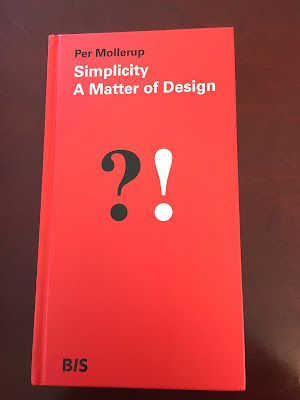 Mollerup's book is also visually stunning. The images of designs that he has chosen to complement the text are quite amazing in their own right. I can see the book used as a textbook since it so carefully try to exemplify and visualize the conceptual examinations that the text is engaged with.

If the examples and the insights concerning ultimate particular designs and their relationship to simplicity is the strength of the book, personally I might have wanted some more depth in the conceptual and philosophical examination of simplicity in the text. But I do not see that as a problem with the book, instead I can see how this books opens up for and even require such further investigations.

Two of my colleagues, Jeff Bardzell and Shaowen Bardzell, have published a new book "Humanistic HCI". This book is a great contribution to the field of HCI. It is no surprise that humanistic theories and approaches have been incorporated in HCI research during the last decade. Why this has happened is probably because HCI researchers have started to address issues and aspects of HCI that require other means and tools. And it seems as if the humanities can provide a set of useful approaches. 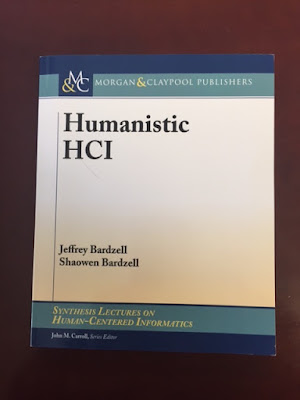 The book is very well written and suitable for anyone in the field of HCI who either just need to get some basic understanding of what a humanistic perspective might mean to those who are already engaged with humanistic approaches.
at March 28, 2016 2 comments:

So, this post has nothing to do with work. I want to promote a film by my son. The film is 24 min and I think it is wonderful. You can find some information about it here and also watch it.