Three new books on my desk

Just received three new books. Looking forward reading them. Especially since I know the authors of two of the books. 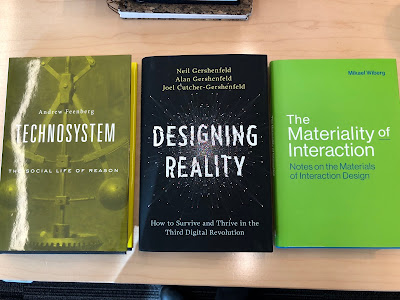 Nope, there is no 'hack' or 'fix' for designing

It seems as if we live in a time where everything can be solved with a 'hack' or a 'fix'. There are infinite websites, blogs, Youtube videos that show how to 'hack' a specific problem or even your life, 'life hacks'. The idea is that there are some smart, maybe almost 'magical', ways of doing things that some people know and now, finally, they are sharing it with the rest of us. You can find videos that say "You have been folding your laundry the wrong way" or "How to peel a banana the right way". These examples are of course harmless but it seems as if we are seeing a shift in mindset. People want quick fixes, smart hacks, that won't require long periods of learning, practice and experience.

It is possible that this mindset is also seeping into areas where it is not appropriate. For instance, the process of designing, of becoming a designer, is not something you can do or become by learning a few tricks or hacks. In the midst of the ongoing growth of design and design thinking (which is mainly a good thing), there is a misconception that you can spend a few hours in a workshop or maybe just read about some design "hacks" and you will become a designer. To me, this is a serious problem that leads to unhappiness and backlash. First of all, people become unhappy when they realize that their design efforts don't work or lead to good designs. Secondly, design, as an approach to change, will be seen as not working and we see a backlash.

I have never seen anyone propose that all you need to do to become a proficient scientist, musician or artist is a 3-hour workshop. Why is designing and design thinking seen as something that anyone can acquire without almost any effort? What does that say about how designing is understood?
at February 16, 2018 No comments:

"The Design Way" in Spanish 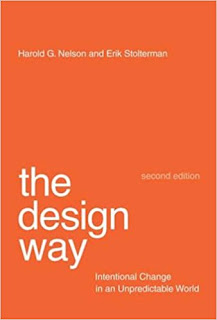 Fondo de Cultura Económica in Mexico City is publishing the Spanish language edition of our book "The Design Way -- intentional change in an unpredictable world" (MIT Press) by Harold G. Nelson and me. This is quite exciting and it will make the book accessible to an even larger audience.

We are also quite happy that the book has now been referenced almost 1.000 times by other authors. I hope that means that at least some of them have read it, or at least parts of it :-)

We do not have any date for when the Spanish version will be out, it will probably be a while.
at February 09, 2018 No comments: 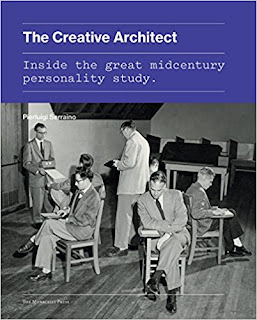 My friend and colleague Harold Nelson pointed me towards a wonderful book "The Creative Architect -- inside the great midcentury personality study" by Pierluigi Serraino.

This book presents in a beautiful way the enormous volume of research done at IPAR (Institutes of Personality Assessment, today IPSR at Berkeley) during the 1950's and 60's led by Dr. Don MacKinnon. The purpose of the research was to create a deeper understanding of creativity.

In this new book, Serraino presents the background to the studies, how they were conducted, who was involved, and the final outcomes. The core subjects of the studies were some of the most famous and influential architects in the world at the time.

It is fascinating to read about the work that MacKinnon and his large team performed and the incredibly ambitious research approach they used. They performed studies that were heavily data-oriented, quantitative and analytical, based on highly detailed and personal reporting and observations of the subjects.

This book does not only present a wonderful understanding of creativity (and design), but it also shows how fast knowledge is forgotten. There are no studies of this magnitude today. The size of the study, the ambitious methods, the detailed analysis is impressive and inspiring. Unfortunately, most of these results are not used today or even referenced even though they fit extraordinary well with what a lot of research today about creativity and design.
at February 08, 2018 1 comment:

"Designers deal with an overwhelmingly rich reality, undetermined requirements, highly intricate
social situations, lack of information, as well as lack of resource and time restrictions. Every designer is faced and challenged by this complexity. Discussing complexity in design, however, is difficult, as complexity is a very loaded and often vaguely defined term. 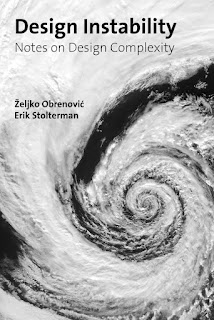 A central thesis explored in this book is that complexity characteristic for design activities emerges from an inherent *instability of design activities*. We will argue that this instability is a consequence of messy, dynamic, highly interdependent and unpredictable dynamics between design situations, design outcomes, and design resources.

Design situations, design outcomes and design resources are complex structures that are not independent of each other. They are also continuously changing, in great part due to forces that are beyond designers' control."

You can find more information here: https://leanpub.com/notesondesigncomplexity
at February 07, 2018 No comments:

With the development of sensors and conversational interactions, it is obvious that what an interface is, becomes less clear. This is something that we address in our book "Things That Keep Us Busy - the elements of interaction" (MIT Press, 2017) when we develop the concept of "faceless interaction".

However, what an interface is or can be understood, has a history. In the book, we devote a chapter to what we call "interface thought styles". (The idea of 'thought styles ' is from Ludwick Fleck and simply means a particular way of thinking about a phenomenon. A way of thinking that influences and in some ways determine what can be thought and known about the phenomena. Thomas Kuhn developed his idea about paradigms heavily influenced by Fleck's ideas.)

So, what are the different ways we can think about the interface? Well, in Chapter 2 we write: 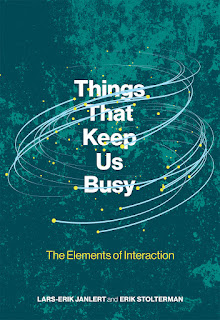 "The notion of interface has developed over a period of several decades and has been influenced by evolving technology and application areas. We have chosen to categorize some earlier and existing ways of thinking about the interface as belonging to four different thought styles: (1) surface- of-contact thought style; (2) boundary thought style; (3) control thought style; and (4) expressive-impressive thought style.

These thought styles are not distinctly related to a particular time period, particular technology, or type of design, but they have evolved over time and can be seen as stemming from different traditions. Fleck writes, “every thought style contains vestiges of the historical, evolutionary development of various elements from another style” (Fleck 1979, 100). Today, we can see that all four thought styles continue to be present and influential in our field, sometimes competing, sometimes cooperating with each other. The different thought styles are devoted to different aspects of the interface." (page 18)

We continue to define the four thought styles:

"The four thought styles explore the interface as
1. a surface of contact between matching objects (from the tradition of industrial machine making);
2. a boundary of an independent (self-sustained) object (from biology and traditional artifact design);
3. a means for controlling (operating, checking, steering) an object (from the design of complex machines);
4. a means for expressions and impressions, a target of interpretations and affectations (from human communication, architecture, and art)."

We do add a fifth potential thought style to this list later in the book when we introduce the field thought style.

There is not room here to discuss these thought styles in any detail (so, read the book :-)

It is quite surprising though, that the notion of the interface has not received more attention from the field of HCI. Of course, the interface has always been at the very core of the field. It is that "thing" through which all interaction takes place. But for something so fundamental, it almost seems taken for granted and not in need of any more sophisticated analysis or examination. Our position when writing the book has been the opposite. The very mundane concept of interface is crucial and definitely worthy our investigative efforts. And we would welcome others to join us in this endeavor.
at February 06, 2018 No comments: