Composing some blogposts in a small ebook on "Design Thinking"

Ok, I am trying a software called Designrr. What they do is a tool that helps you to compose one or many blogposts into an ebook in a very simple way. I just did a very small test and collected a few of my latests posts related to the term "design thinking". 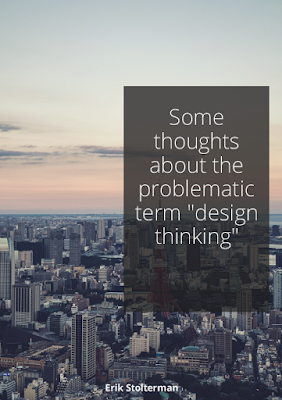 The ebook comes out in the form of a PDF. I have not put any effort really into layout or even fixing any language issues. I just wanted to see if it worked and I think it did. I might look more into this as a way of collecting and composing shorter writings into something longer and more substantial.

Today's simplistic glorification of design and "The Burnout Society"

I am reading the book "The Burnout Society" by Byung-Chul Han. It is a very short book, only about 50 pages. Han is a Korean-born philosopher, now active in Germany. He has published a series of short books. 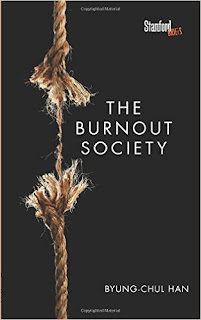 I read this book as a serious critique of our modern society which Han gives different names, for instant 'the achievement society'. He argues that modern society has developed a culture where we believe we can do anything, “yes, we can”, where we are measured based on our achievements. He makes the case that people get sick and depressed not because they are burdened by what he calls disciplinary responsibility "but the imperative to achieve: the new commandment of late-modern labor society". People get burnout because of "creative fatigue and exhausted ability". We suffer from the "violence of positivity” that “does not deprive, it saturates; it does not exclude, it exhausts.” Han argues that we need more 'negativity', we need more "deep, contemplative attention", that is, less achieving and more reflection and to reach this we need "profound boredom" (p.12).